This is my seventh entry for Jez Braithwaite’s Fan Of Challenge. I’m a fan of the Bollywood Actress Aishwarya Rai Bachchan. Aishwarya Rai Bachchan (born 1 November 1973) is an Indian actress and the winner of the Miss World 1994 pageant. Through her successful acting career, she has established herself as one of the most popular and influential celebrities in India. Rai has received numerous accolades, including two Filmfare Awards, and was honoured with the Padma Shri by the Government of India in 2009 and the Ordre des Arts et des Lettres by the Government of France in 2012. She has often been cited in the media as “the most beautiful woman in the world”.

While in college, Rai did a few modelling jobs. Following appearances in several television commercials, she entered the Miss India pageant, in which she placed second. She was then crowned Miss World 1994, after which she began receiving offers to act in film. She made her acting debut in Mani Ratnam’s 1997 Tamil film Iruvar and had her first Hindi film release in Aur Pyaar Ho Gaya that same year. Her first commercial success was the Tamil romantic drama Jeans (1998), following which she achieved wider success and won two Best Actress awards at Filmfare for her performances in Hum Dil De Chuke Sanam (1999) and Devdas (2002).

Rai married Bollywood Actor Abhishek Bachchan in 2007; the couple have one daughter. Her off-screen roles include duties as a brand ambassador for several charity organisations and campaigns. She is a Goodwill Ambassador for the Joint United Nations Programme on AIDS (UNAIDS). In 2003, she was the first Indian actress to be a jury member at the Cannes Film Festival. In late 2004, Rai garnered international recognition for her starring role opposite Martin Henderson in Gurinder Chadha’s British film Bride and Prejudice, a Bollywood-style adaptation of Jane Austen’s novel Pride and Prejudice. International film critics expressed mixed views on Rai’s performance as the Punjabi version of Elizabeth Bennet; a review carried by The New York Times mentioned her as “radiantly beautiful but inert”, while Rolling Stone noted that “she is a world-class hottie with talent to match, as she proves in her first English-speaking role”. 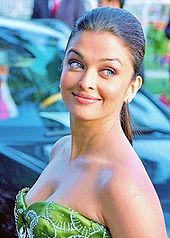 This is my sixth entry for Jez Braithwaite’s Fan Of Challenge. I’m a fan of the Bollywood Actor Salman Khan! Salman Khan was born Abdul Rashid Salim Salman Khan on 27 December 1965 to Bollywood screenwriter Salim Khan and his first wife Sushila Charak (who later adopted the name Salma Khan). Salman Khan is the eldest of three sons and he has two sisters: one biological sister and one adopted sister. Salman Khan is an Indian film actor, producer, occasional singer and television personality. In a film career spanning over thirty years, Khan has received numerous awards, including two National Film Awards as a film producer, and two Filmfare Awards for acting. In addition to his acting career, Khan is a television presenter and promotes humanitarian causes through his charity, Being Human Foundation. He has a significant following in Asia and the Indian diaspora worldwide, and is cited in the media as one of the most commercially successful actors of both world and Indian cinema. According to the Forbes 2018 list of Top-Paid 100 Celebrity Entertainers in world, Khan was the highest ranked Indian with 82nd rank with earnings of $37.7 million. He is also known as the host of the reality show, Bigg Boss since 2010. Salman Khan identifies as both a Hindu and a Muslim, commenting that, “I’m Hindu and Muslim both. I’m Bharatiya (an Indian)”. He explained, “My father is Muslim and my mother is Hindu”. Interestingly, Salman Khan’s stepmother the Bollywood Actress Helen is a Christian. Eight of the films he has acted in, have accumulated gross earnings of over ₹100 crore(US$14 million) worldwide. He has starred in more than 80 Hindi films and thus far has established himself as a leading actor of Hindi cinema.
Here’s a link to Jez’s blog https://jezbraithwaite.blog/2019/12/16/fan-of-46-palms/#more-7313 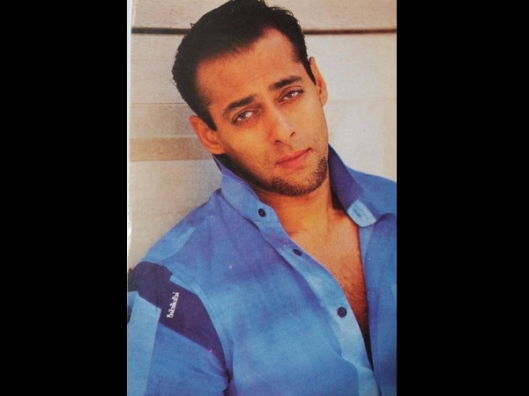 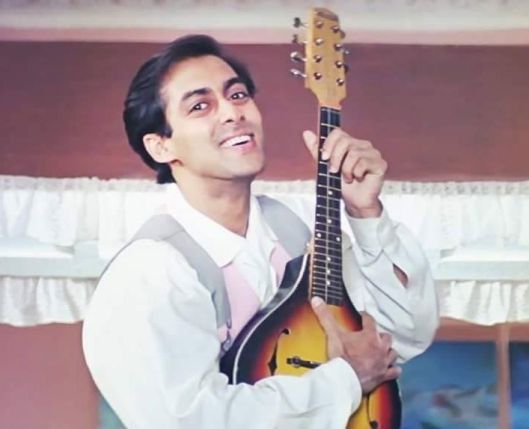 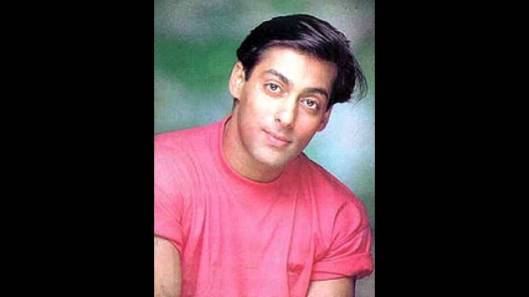 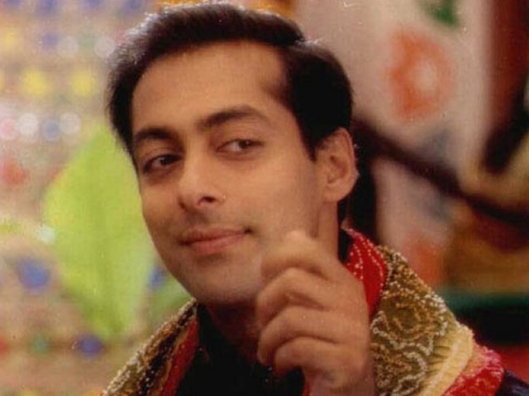 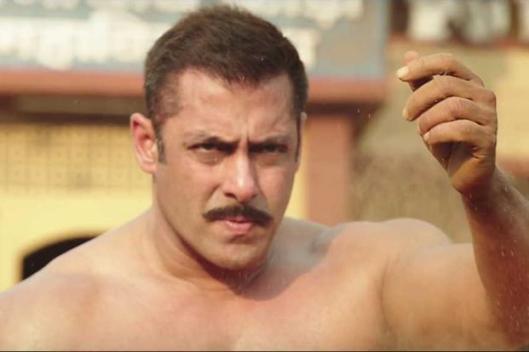 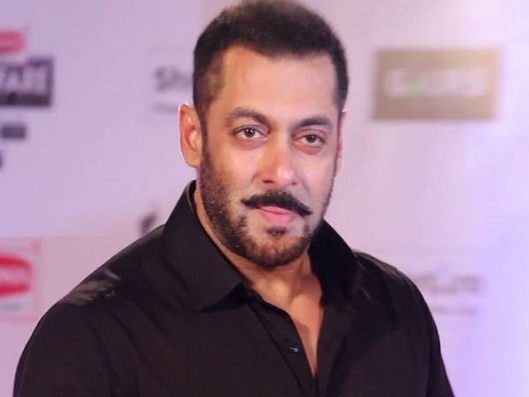 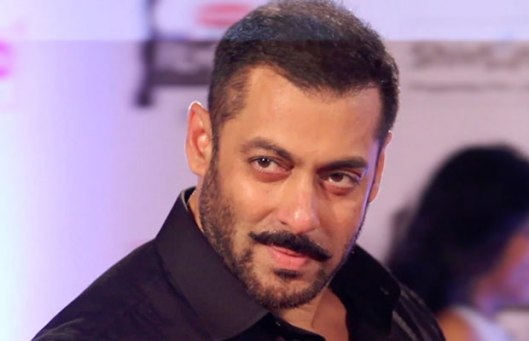 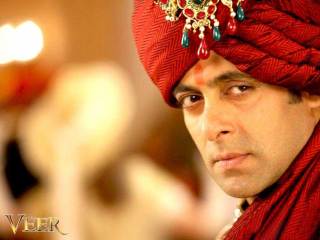 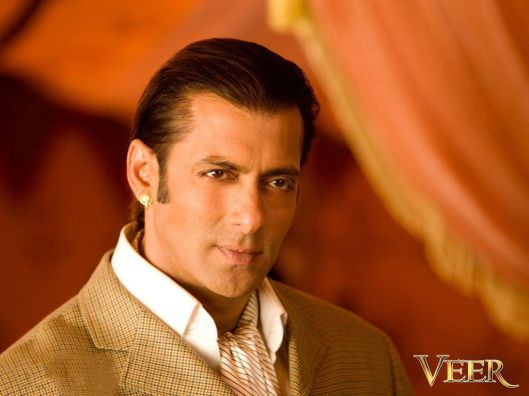 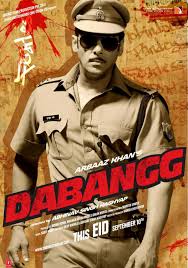 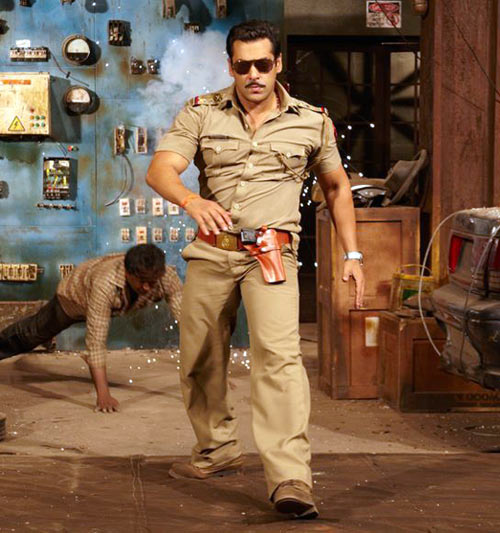 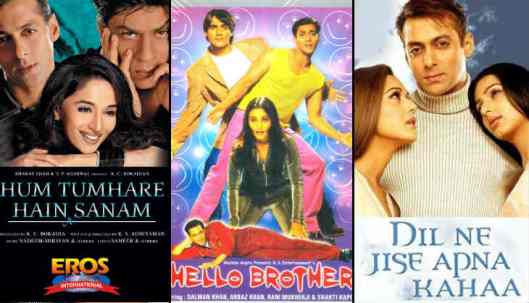 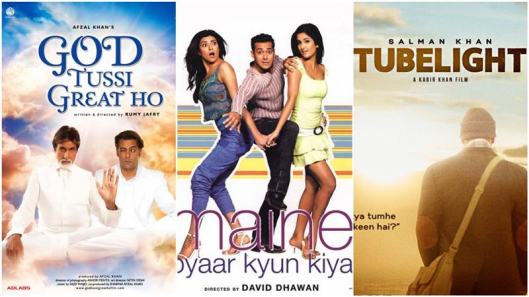 This is my fifth entry for Jez Braithwaite’s Fan Of Challenge. I’m a fan of Lord Krishna. Lord Krishna is a major deity in Hinduism. He is worshipped as the eighth avatar of the god Vishnu and also as the supreme God in his own right. He is the god of compassion, tenderness, and love in Hinduism, and is one of the most popular and widely revered among Indian divinities. Krishna’s birthday is celebrated every year by Hindus on Krishna Janmashtami according to the lunisolar Hindu calendar, which falls in late August or early September of the Gregorian calendar. Krishna is usually depicted with a flute in his hand. Ironically,  Lord Krishna has always been my favorite incarnation of Lord Vishnu’s probably because of all his  childhood pranks and leelas (pastimes). Let’s see if any of my blog followers recognize one of the actors from this post who is also lucky enough to portray Lord Shiva in a different tv show. Here’s a link to Jez’s blog https://jezbraithwaite.blog/2019/11/04/fan-of-40-cacti/ 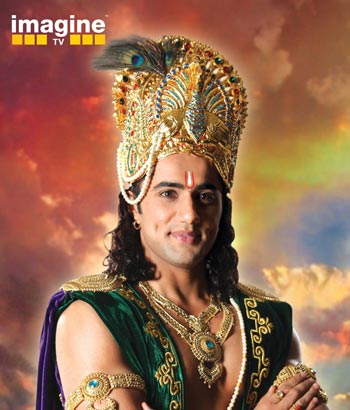 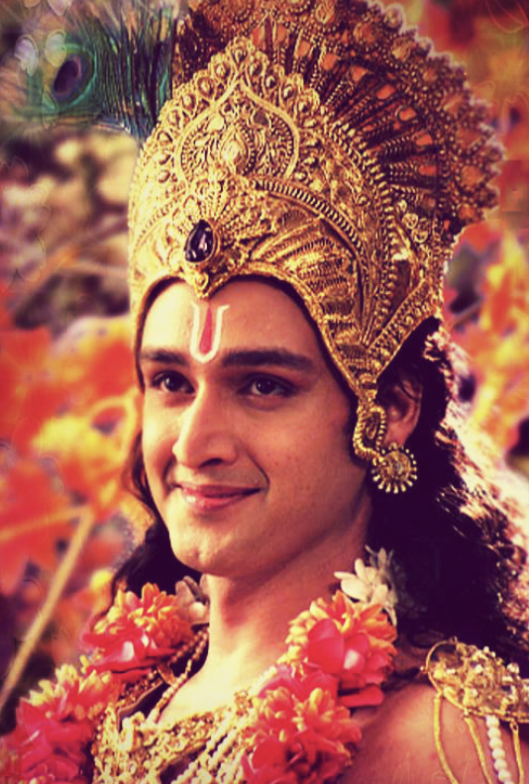 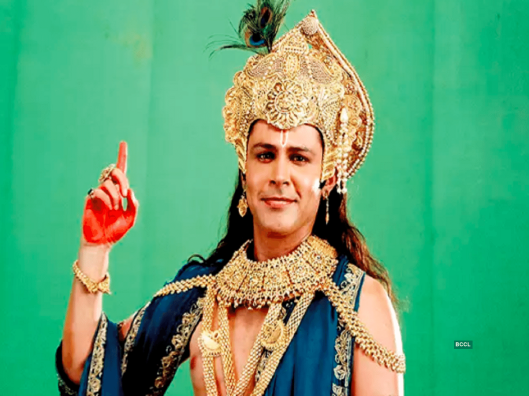 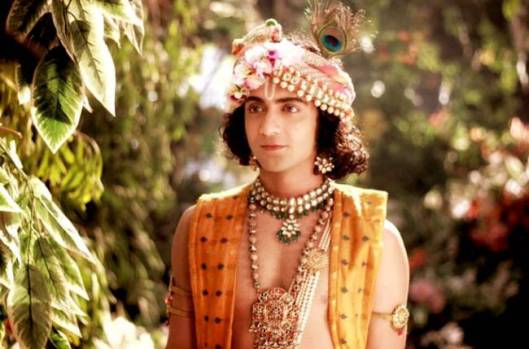 This is my fourth entry for Jez Braithwaite’s Fan Of Challenge. I’m a Fan of Lord Shiva. Shiva the auspicious one is also known as Mahadeva the great god is one of the principal deities of Hinduism. He is one of the supreme beings within Shaivism, one of the major traditions within contemporary Hinduism. Ironically on this year’s Shivaratri I was on TV with the Temple President Sheela Aunty who is one of my mom’s friends and one of my friends Nanda Anna who I look up to as another Anna or older brother. In the video that was televised on the Indian channel of TV9 all three of us were standing and chanting Har Har Mahadev! Here’s a link to Jez’s blog https://jezbraithwaite.blog/2019/10/07/fan-of-36-cee-neuner-photography/ 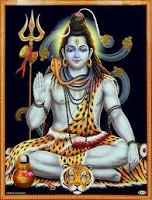 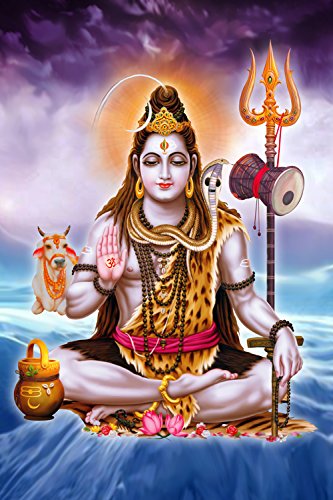 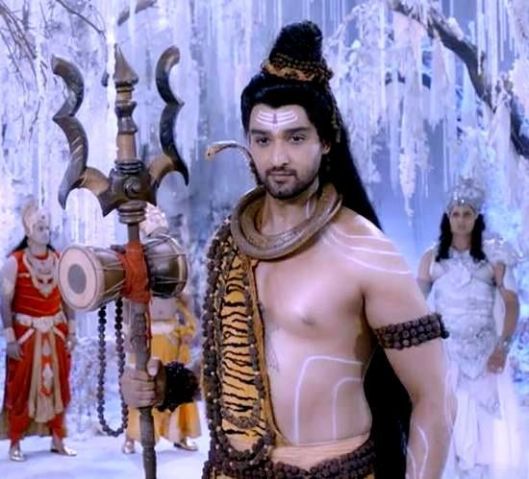 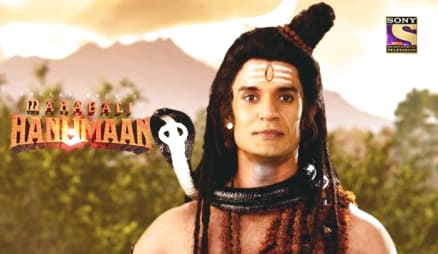 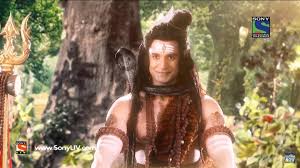 This is my third entry for Jez Braithwaite’s Fan Of Challenge. I’m a Birdie also known as a fan of Shaheer Sheikh Nawaz best known for being Arjuna the Pandava in the Star Plus tv show Mahabharata. Here’s a link to Jez’s blog https://jezbraithwaite.blog/2019/08/21/fan-off-21-pocket-watches/ 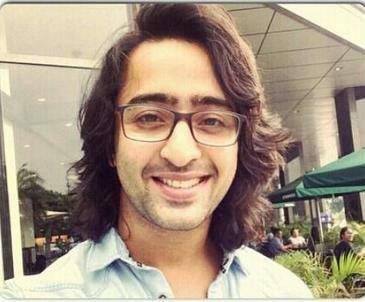 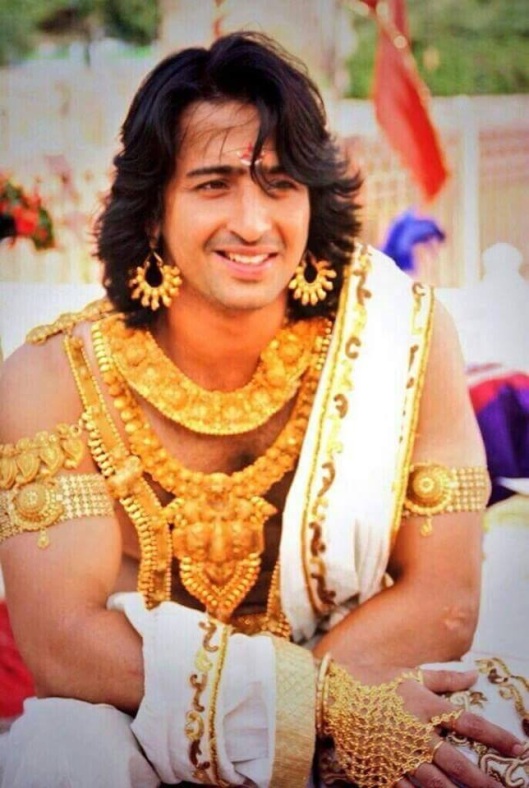