This is my eighth entry for Debbie’s, Travel With Intent blog, One Word Sunday Challenge and her topic this week is Bridge.

By whichever name you call it, Ram Setu or Adam’s Bridge, this site is equally sacred to the Abrahamic religions, especially to Islam and Christianity. The country of Sri Lanka is home to a famous peak considered harmoniously sacred by at least four religions – Christianity, Islam, Hinduism and Buddhism. There are myriad religious beliefs associated with the formation of the bridge. As per Ramayana, the Ram Setu was built under the guidance of lord Rama to facilitate the rescue of his wife Sita, who was held hostage in Sri Lanka after being abducted by demon king Ravana. Lord Rama built the bridge with the help of an army of Vanaras (ape like humans) led by Lord Hanuman, to cross over to Lanka and bring back Sita Mata.

The 7,360 feet high peak is variously known as Adam’s Peak (the site where prophet Adam first set foot on earth) as well as Sri Pada (the sacred footprint left by the lord Buddha). Hindu belief, on the other hand, links the huge footprint to that of lord Shiva. The peak bears the unusual footprint measuring 5 feet 7 inches by 2 feet 6 inches.

Muslims and Christians believe that this footprint is that of Prophet Adam. As per Prophet Muhammad’s sayings, Prophet Adam was 60 cubits (90 feet) tall. Many Muslim scholars believe that Adam descended on the Adam’s Peak from the heavens along with Eve. The momentum of his landing on earth was so strong that it is believed to have cast lasting impression of his footprint on the rocks.

The claims made by US scientists shouldn’t be a bone of contention. On the contrary, it should be considered a symbol of an harmonious bond among Hindus, Muslims and Christians as no temple, mosque or church is to be constructed over the sea nor demolished. Devotees are only seeking conservation of the site. The main focus should be on conservation against wreckage by the dredging mafia, regardless of whether you call it Adam’s Bridge or Ram Setu.

The Golden Gate Bridge in San Francisco, CA at sunset. 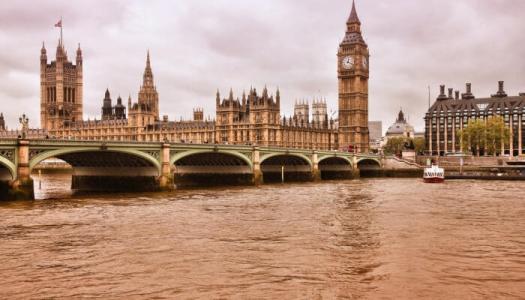 The Golden Gate Bridge is a suspension bridge spanning the Golden Gate, the one-mile-wide (1.6 km) strait connecting San Francisco Bay and the Pacific Ocean. The structure links the U.S. city of San Francisco, California—the northern tip of the San Francisco Peninsula—to Marin County, carrying both U.S. Route 101 and California State Route 1across the strait. The bridge is one of the most internationally recognized symbols of San Francisco and California. It was initially designed by engineer Joseph Strauss in 1917. It has been declared one of the Wonders of the Modern World by the American Society of Civil Engineers.

The Manhattan Bridge is a suspension bridge that crosses the East River in New York City, connecting Lower Manhattan at Canal Street with Downtown Brooklyn at the Flatbush Avenue Extension. The main span is 1,480 ft (451 m) long, with the suspension cables being 3,224 ft (983 m) long. The bridge’s total length is 6,855 ft (2,089 m). It is one of four toll-free vehicular bridges connecting Manhattan Island to Long Island; the nearby Brooklyn Bridge is just slightly further downtown, while the Queensboro and Williamsburg bridges are to the north.

The Bankhead Bridge in Atlanta, GA is abandoned with approach spans at one end removed, this bridge remains an impressive skewed truss bridge. The remaining truss webs retain good historic integrity and the bridge is an impressive example of a skewed truss bridge. The bridge carried Bankhead Highway which was formerly a major route until other and newer bridges were built nearby.

The DuSable Bridge (formerly the Michigan Avenue Bridge) is a bascule bridge that carries Michigan Avenue across the main stem of the Chicago River in downtown Chicago, Illinois, United States. The bridge was proposed in the early 20th century as part of a plan to link Chicago’s south side and north side parks with a grand boulevard. Construction of the bridge started in 1918, it opened to traffic in 1920, and decorative work was completed in 1928. The bridge provides passage for vehicles and pedestrians on two levels. An example of a fixed trunnion bascule bridge (which is also known as a “Chicago style bascule bridge”), it may be raised to allow tall ships and boats to pass underneath. The bridge is included in the Michigan–Wacker Historic District and has been designated as a Chicago Landmark.

Howrah Bridge is a bridge with a suspended span over the Hooghly River in West Bengal, India. Commissioned in 1943, the bridge was originally named the New Howrah Bridge, because it replaced a pontoon bridge at the same location linking the two cities of Howrah and Kolkata (Calcutta). On 14 June 1965 it was renamed Rabindra Setu after the great Bengali poet Rabindranath Tagore, who was the first Indian and Asian Nobel laureate. It is still popularly known as the Howrah Bridge.

The Durgam Cheruvu Bridge is a cable-stayed bridge in Hyderabad, Telangana, India. The bridge located in Jubilee Hills connects with Financial District and eases traffic congestion to Madhapur across Durgam Cheruvu.

The Sileru bridge will reduce travel time between Malkangiri and Telangana Capital Hyderabad to 14 hours. Built at a cost of Rs 23.13 crore, the bridge has a 10 km approach road connecting Chintur with Motu in the district Construction of bridge on Andhra side was completed more than a year back.

P. V. Narasimha Rao Expressway is an 11.6 km long elevated road connecting the Hyderabad International Airport with Mehdipatnam. Chief minister Y.S Rajasekhara Reddy laid the foundation stone for the project. It was opened to the traffic at the end points on 19 October 2009. The entry for cyclists, two and three-wheelers, three and four-wheeled seven seater and goods vehicles is prohibited.

Several bridges named London Bridge have spanned the River Thames between the City of London and Southwark, in central London. The current crossing, which opened to traffic in 1973, is a box girder bridge built from concrete and steel. It replaced a 19th-century stone-arched bridge, which in turn superseded a 600-year-old stone-built medieval structure. This was preceded by a succession of timber bridges, the first of which was built by the Roman founders of London.

Tower Bridge is a combined bascule and suspension bridge in London, built between the years of 1886 and 1894. The bridge crosses the River Thames close to the Tower of London and has become an iconic symbol of London. As a result, it is sometimes confused with London Bridge, about half a mile (0.8 km) upstream. Tower Bridge is one of five London bridges owned and maintained by the Bridge House Estates, a charitable trust overseen by the City of London Corporation. It is the only one of the trust’s bridges not to connect the City of London directly to the Southwark bank, as its northern landfall is in Tower Hamlets.

2 thoughts on “One Word Sunday: Bridge”