Here is my twenty seventh entry for Linda’s Stream of Consciousness Saturday. Hope y’all enjoy my take on this challenge. Here’s a link to Linda’s blog https://lindaghill.com/2020/02/07/the-friday-reminder-and-prompt-for-socs-feb-8-2020/

Your Friday prompt for Stream of Consciousness Saturday is “(un)pack.” Use “pack” or its opposite in your post. Have fun!

Movies with Pack in the Title

TV Shows with Pack in the Title

Songs with Pack in the Title

1.) “Leader of the Pack” by Twisted Sister

3.) “Leader of the Pack” by Bette Midler

6.) “Pack Up Your Sorrows” by Judy Collins

8.) “You Can Pack Your Suitcase” by Fats Domino

10.) “Pack Up Your Troubles In Your Old Kit Bag” by Helen Clark

Movies with Unpack in the Title

TV Shows with Unpack in the Title

Songs with Unpack in the Title

1.) “Unpack Your Adjectives” by Schoolhouse Rock

2.) “Unpack Your Heart” by Phillip Phillips

3.) “Unpack Your Memories” by Trevor Hall

4.) “Unpack Your Adjectives” by Daniel Johnston

6.) “Don’t Unpack Your Bags” by Stevie and Annie Chapman

9.) “Unpack Your Dreams” by Lynda Jamison 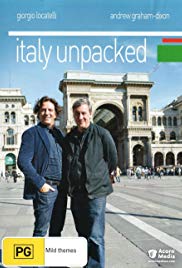 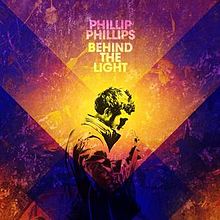 “If I exercise once or twice a day on vacation and don’t want to wash my hair too often. I pack a lot of dry shampoo, like Amika’s.”

“I know many actresses who started big but were sent packing, as they couldn’t sustain the momentum. I am in this for the long haul.”

“Akshay Kumar is a senior in the industry, and I consider myself lucky to be working with him. Each film of his opens to a packed house. Today, a film will sell only if you have a story. The audience is smart and won’t be taken for a ride. And I’m confident about my movies.”

“We live in a world of crisis, of challenge, and… it’s in our galleries that we can unpack the civilizations that we’re seeing the current manifestations of.”

“The time to enjoy a European trip is about three weeks after unpacking.”

“When the writing is going really well, whole days and weeks go by, and I suddenly realise I have all these unpaid bills and, my God, I haven’t unpacked, and the suitcase has been sitting there for three weeks.”