I hope y’all enjoy my thirteenth entry for Becca’s Nurturing Thursday Challenge. This week’s theme is did you know. Here’s a link to Becca’s Blog https://beccagivens.wordpress.com/2019/11/07/nurt-thurs-did-you-know/

Nurturing Thursday was started by Becca Givens to “give this planet a much needed shot of fun, support and positive energy!” I thank her for starting a challenge that will help us get through the difficulties that we all face. I thank Becca for doing something to help everyone feel better especially since this world has been so cruel lately.

Two Songs that mention Did You Know

Some Pictures and some Quotes about Did You Know 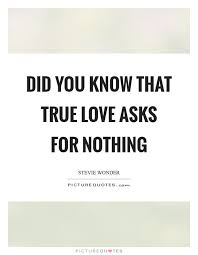 “Most awards, you know, they don’t give you unless you go and get them – did you know that? Terribly discouraging.”

“Did you know hemp is a natural fiber”

“Did you know that, if you visualise, you can actually hug on the phone?”

“Did you know you’re supposed to soap and scrub for as long as it takes to sing ‘Happy Birthday’ twice?”

“Did you know that there was a study in 1961 that found that 90 percent of physicians wouldn’t tell you if you were diagnosed with cancer?”

“Learn how to prioritize all your debt. And did you know student loan debt is the most dangerous debt any of us can have?”

“Did you know I staged the first performance in America of At the Hawk’s Well?”

“Did you know babies are nauseated by the smell of a clean shirt?”

“Did you know that the White House drug test is multiple choice?”

“Did you know you can’t say ‘Jesus’ in a sitcom? They told me that, and I was like, You gotta be kiddin’ me. If you don’t want my God here, you don’t want me here either.”

“Did you know I started out as a stand-up comic? People don’t believe me when I tell them. That’s how I saw myself, in comedy.”

2 thoughts on “Nurturing Thursday: Did You Know”