This is my eighth entry for Linda’s Stream of Consciousness Saturday. Hope y’all enjoy my take on this challenge. Here’s a link to Linda’s blog https://lindaghill.com/2019/09/27/the-friday-reminder-and-prompt-for-socs-sept-28-19/

Movies with Ent in the Title

Songs with Ent in the Title

2.) “The Ent and the Ent-Wife” by the Tolkien Ensemble

3.) “The Last March of the Ents” by Howard Shore

4.) “The Ents’ Marching Song” by Christopher Lee and the Tolkien Ensemble

Movies with Ten in the Title

Songs with Ten in the Title

4.)  “The Ten Commandments Of Love” by Bobby Lester & The Moonglows

Movies with Net in the Title

Songs with Net in the Title

2.) “The Family and the Fishing Net” by Peter Gabriel

3.) “The Kid With the Butterfly Net” by Graham Parker

4.) “Working Without a Net” by Waylon Jennings

I really loved the Ents in the Lord of the Rings movie series. My favorite Bollywood Actor was the host of the Dus Ka Dum Show for ten years. There is a sari called the net sari.

“Ents are more like Elves: less interested in themselves than Men are, and better at getting inside other things. And yet again Ents are more like Men, more changeable than Elves are, and quicker at taking the colour of the outside, you might say. Or better than both: for they are steadier and keep their minds on things longer.”

“Give a girl an education and introduce her properly into the world, and ten to one but she has the means of settling well, without further expense to anybody.”

“My problem lies in reconciling my gross habits with my net income.” 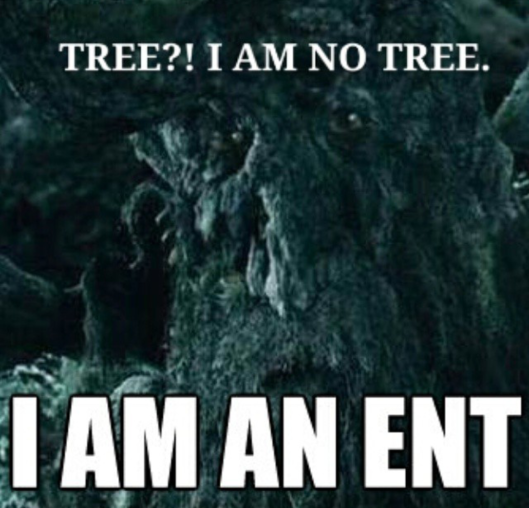