No matter how busy I was with work I managed to make it to the temple two different days during this year’s Brahmotsavam in May. Both days I worked from 8-4:30 and after I got home I got ready to go to the temple. 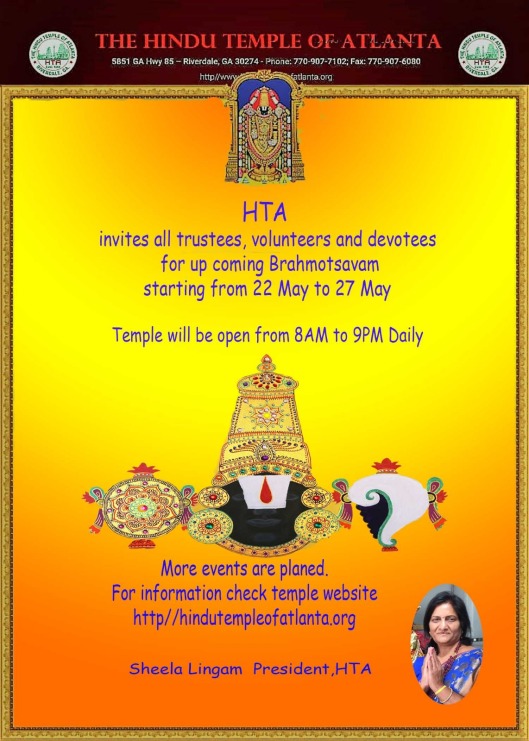 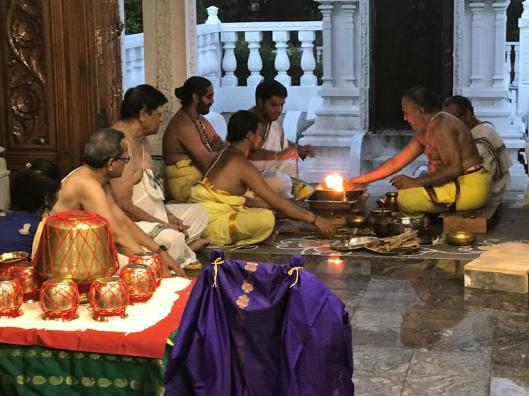 So heartbroken that this is happening in my beloved Georgia! We have seen that our homes and our stores are not safe from robbers but now even our places of worship are not safe!

On May 16, 2019, at 8:00 p.m., the below individuals entered the Sri Maha Lakshmi Temple on Peachtree Parkway in south Forsyth. While one of the males distracted the Priest, the other suspects took gold necklaces off the female statues in the prayer room. During the theft, one of the suspects prevented the Priest from stopping the suspects from stealing the jewelry.

This was my Facebook status about the Mahalakshmi Temple the first temple that was  robbed in Georgia on May 16. I had just visited this temple back in January and it’s owned by a family friend who used to be one of the priests at my beloved Hindu Temple of Atlanta. Wow what is this world coming to. This is so low. It’s not enough that there are people who rob houses and steal the gold jewelry but now there’s people robbing temples and stealing the jewelry. I hope Karma gets them.

In what appears to be well-orchestrated thefts at temples across Georgia, jewelry was stolen off the deities at the Hindu Temple of Atlanta (HTA) in Riverdale the afternoon of May 17. The news comes just a day after the Mahalakshmi Temple in Cumming was robbed by a gang of six. According to sources connected with the HTA, jewelry was stolen off the main deity, Balaji and the vigraha of Andal. Two priests were present in the sanctum when the theft took place, but they were engrossed in performing rituals. Two couples, both seemingly Caucasian, were at the center of the theft. The value of the stolen jewelry, according to sources, is minimal.

This was my Facebook status about my beloved Hindu Temple of Atlanta being robbed. Ok now it just got really personal for me.  I can’t believe that they targeted the temple that I have been going to for over twenty six years. I practically grew up there. But how could our temple be targeted? We have security guards who are there majority of the time providing security.